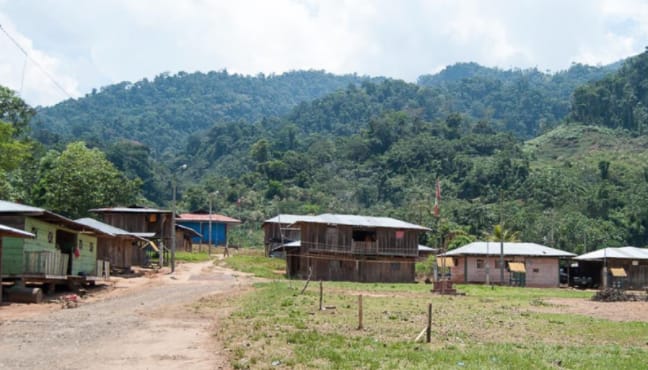 Size
2 classrooms and a sanitary facility

This project consists in the expansion of a secondary school in the indigenous community of Mencoriari in the Peruvian jungle to provide access to vocational training for young people in the community. It is developed through interdisciplinary participatory processes that strengthen local community cohesion.

The project is located in the indigenous community of Mencoriari in the rural area of the district of Pangoa (Satipo) in the central jungle of Peru. The Pangoa/Satipo area of Peru is very rich in natural resources, but this has never translated into benefits for the local population: Per capita income in Peru is US$969 (UNDP 2012), in the Pangoa district it drops to US$252, and in rural areas it reaches US$76.

Since 2014, Semillas has been working with local institutions, indigenous communities and their administrations in the Pangoa district. In 2014, Semillas developed the research project “The Rural School in the Peruvian Amazon 1.0.” The study identified which sites in the Pangoa area were strategically important for the development of educational infrastructure in the absence of support from the local administration; the research identified the secondary school in the community of Mencoriari as particularly worthy of support.

In 2014, there was not even a paved road connection in the community. The infrastructure of this school was and still is in an extremely poor condition and does not provide the necessary conditions for teaching, lacking classrooms and adequate sanitary facilities.

Together with our partners from the NGO Semillas, which has already gained a lot of experience through the construction of several projects in the Peruvian Amazon, we are planning the construction of two classrooms and a sanitary facility in the Mencoriari community. Based in the rainforest, the NGO develops architectural, academic and scientific projects in marginalized contexts through participatory processes. This promotes collaboration between national and international institutions, and stimulates knowledge exchange and sustainable development. 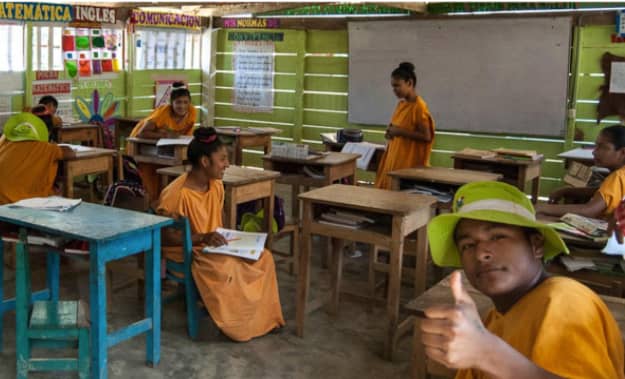 The project will provide access to vocational training for 54 young people in the community. It is developed through interdisciplinary participatory processes and strengthens local capacities.

Construction has already begun and will be completed by fall 2022.